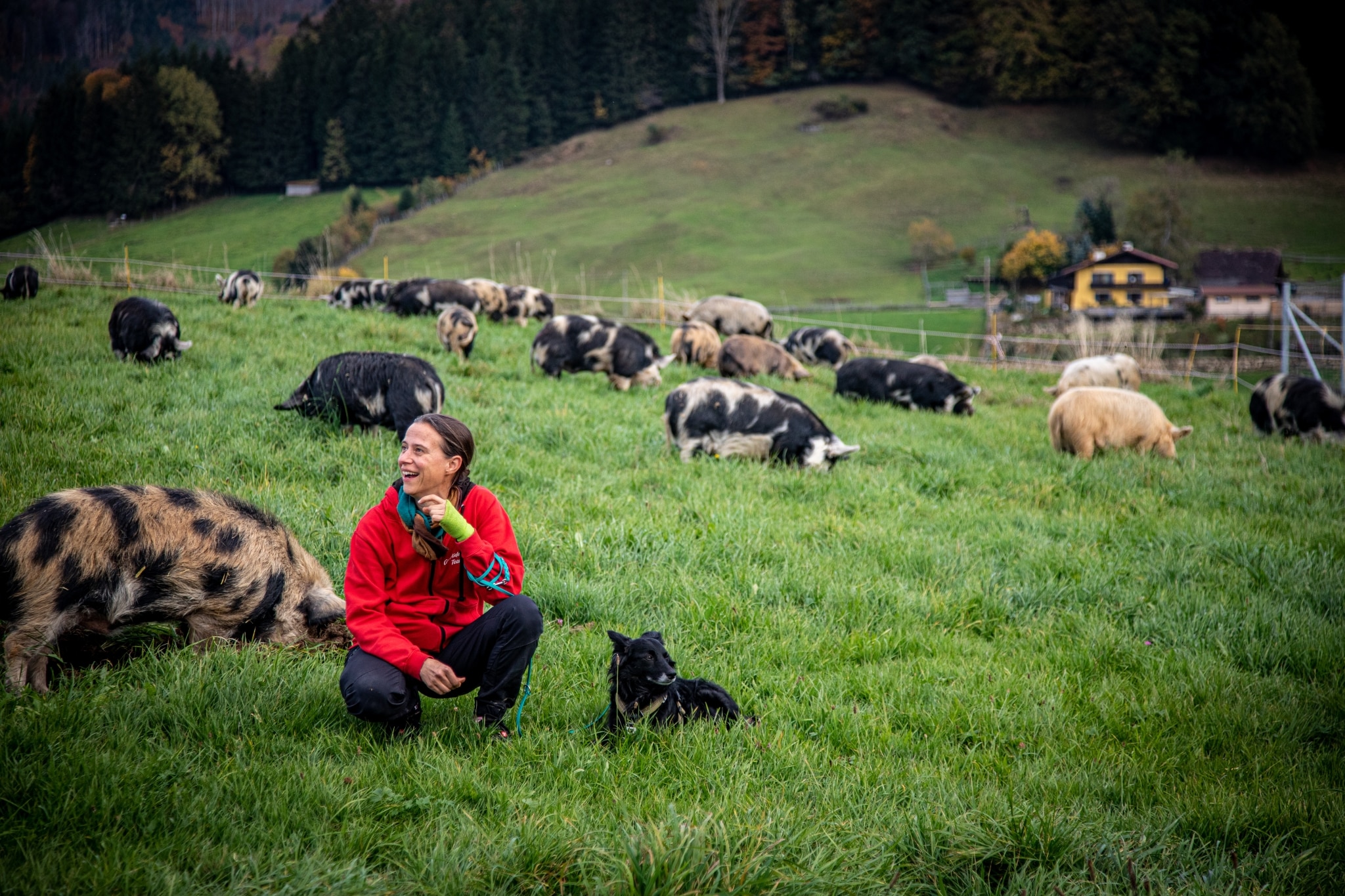 
Knowledge about animals is the key to species-appropriate husbandry

In Austria alone, about 3 million pigs are kept. We already know a lot about their physiological needs, such as nutrition, reproduction and the conditions that lead to a maximum yield of meat during fattening. Pigs are more than just meat suppliers. How do pigs think? How do they organize their social environment, and in what ways do they learn? These are the main questions that a study team from the Messerli Research Institute has been addressing since 2014 together with a 37-strong herd of Kune Kune pigs.

The exemplary behavior observation project could not be extended in 2022. Now the team was faced with the problem of who they could entrust their beloved Kune Kune pigs to. Who could take in an entire herd of pigs? The "Clever Pig Lab" has now been at home at Gut Aiderbichl since the fall of 2022.

Support us with your donation, and contribute to the expansion of knowledge.

How intelligent are pigs really?

Most pigs lead a secluded life in high-tech animal factories. However, pigs are more than just food; they are emotional and highly intelligent creatures. In order to investigate how intelligent pigs really are, what social needs they have, and how they experience their environment, a new behavioral research facility was founded by Vetmeduni Vienna in 2014. In the same year, Prof. Ludwig Huber and Dr. Marianne Wondrak, together with the Messerli Research Institute, began their work. 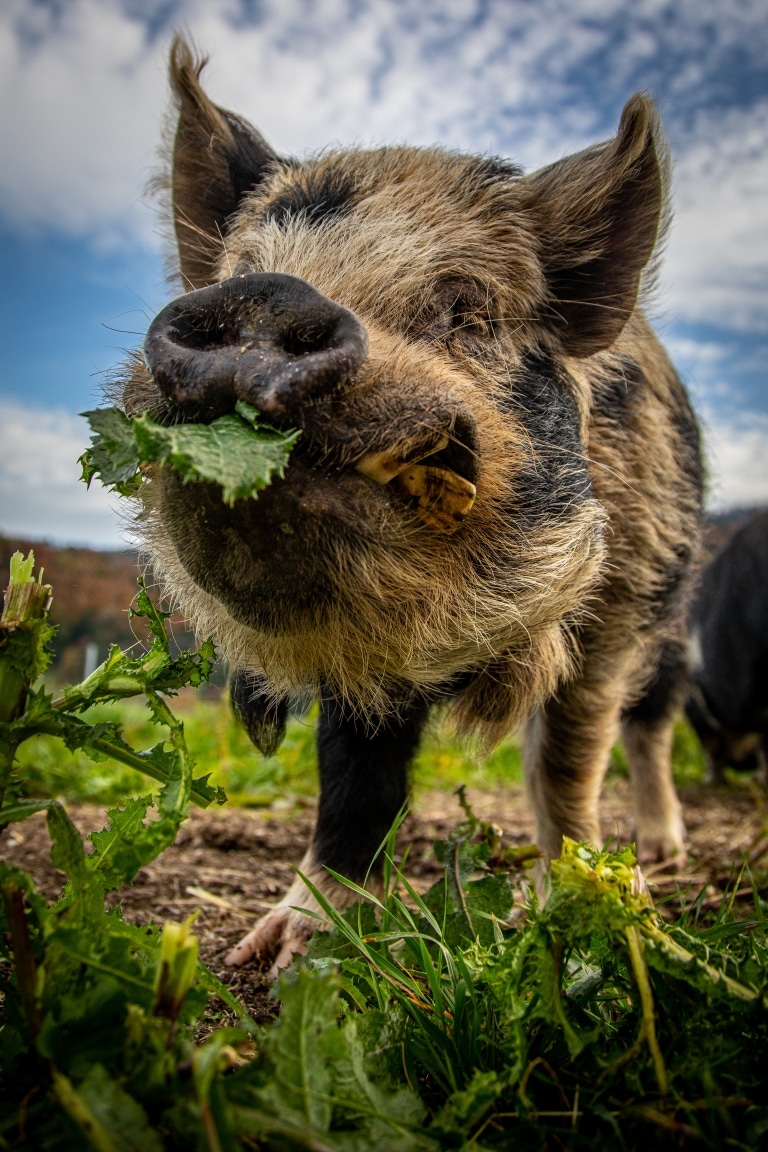 More than just a food

In the high-tech fattening farms, pigs cannot develop their full mental capacity. For this reason, a large meadow with a small wooded area was leased. This was to provide the pigs with the optimal habitat, allow them to observe a herd growing up together, and develop a natural social structure. Pigs of the Kune Kune breed were selected as observation animals. Thanks to their dense bristle coat, this type of pig does well outdoors all year round.

All animals were already born in the study environment. The animals were lovingly and gently cared for from their first day of life not only by their mothers but also by their human caretakers. 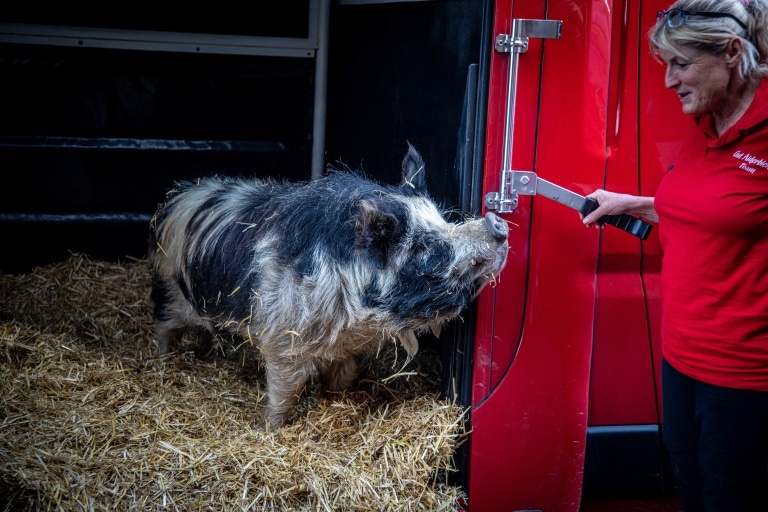 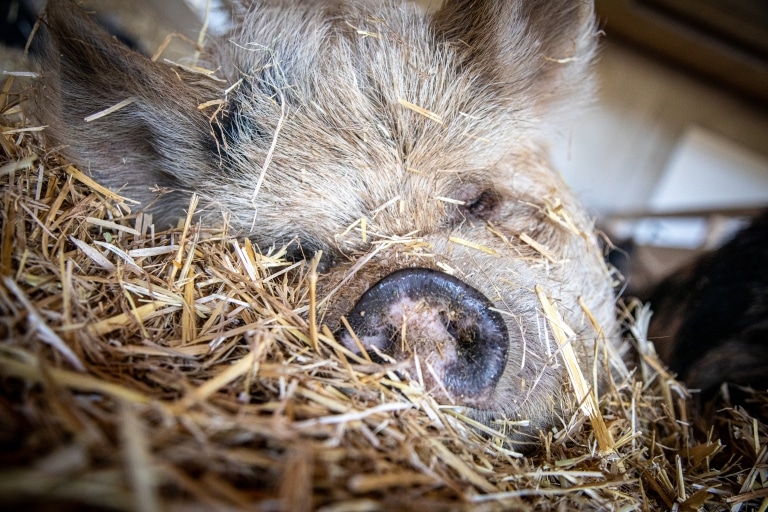 2022, the project could not be extended. The team members of the "Clever Pig Lab" were desperate to find a new home for their charges. The animals of the 37-strong pig herd had grown up together, and were not to be separated even after the end of the project.

The research focus of the Clever Pig Lab contributes to a better understanding of the pig species, and also helps us humans to do even better justice to the animals. Gut Aiderbichl was impressed by the work done and agreed to take in the animals.

The new home for the Kune Kune pigs offers a 40,000 square foot fenced run, as well as a comfortable 230 square foot barn. Dr. Wondrak was instrumental in the design and implementation of the facility. As a result, the new facility has permanent access to pasture in addition to comfortable resting areas with rubber mats and an activity area. 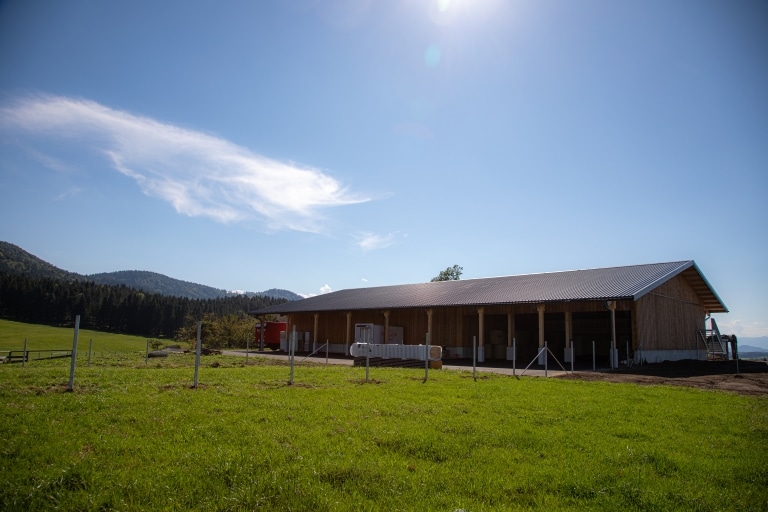 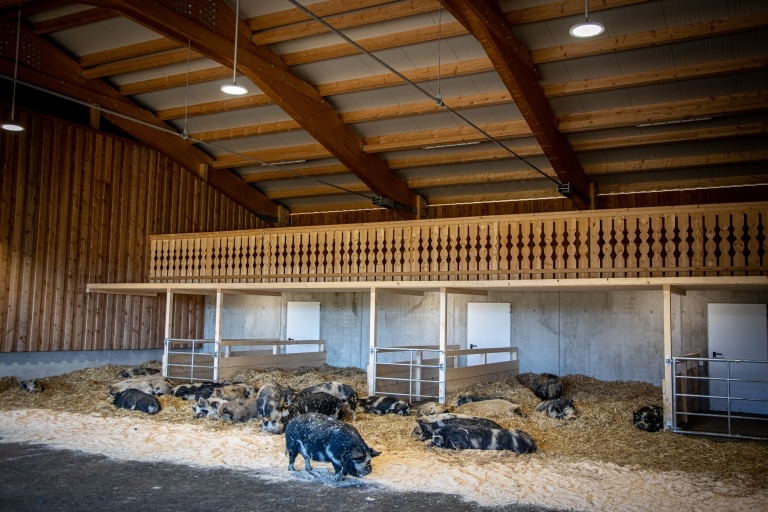 The research team has already successfully disproved the prejudice about the "stupid pig. Pigs are highly intelligent animals that can even learn a wide variety of behaviors from humans through observation. Pigs are capable of using modern media. On a touch screen, for example, they can independently distinguish and classify images.

The knowledge about the pigs is gained by means of various intelligence tests. The cooperation with the pigs is without exception on a voluntary basis, and exclusively with positive reinforcement. As a reward for their cooperation, the pigs receive small pieces of apple, grapes or corn kernels. The tasks for the intelligence tests were given to them individually, or in small groups, in arenas outdoors or indoors.

With our work we would like to contribute a part to the more species-appropriate treatment of animals.

Support us and the pigs with your donation! 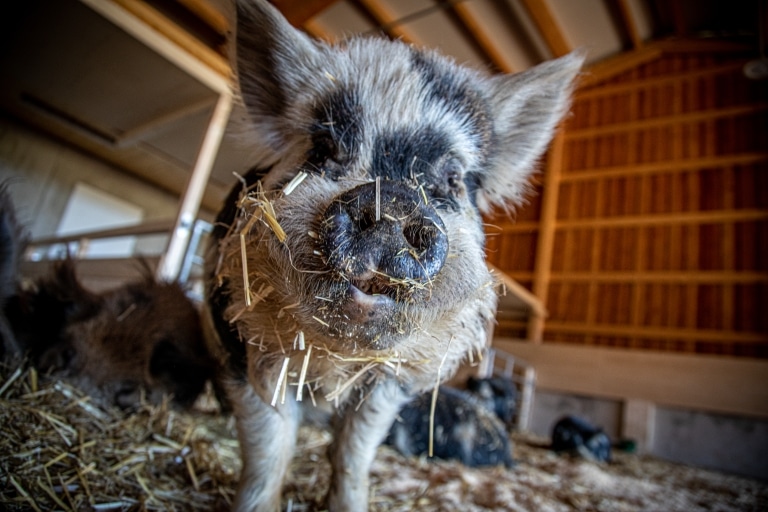 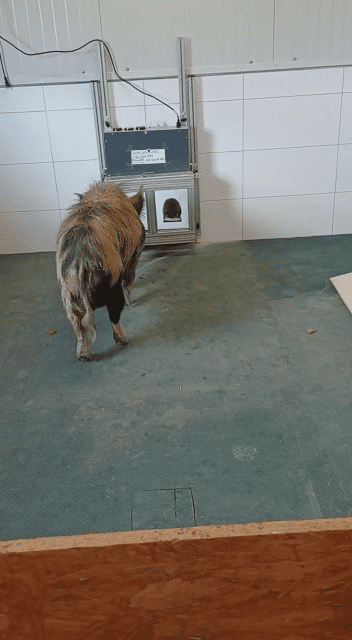 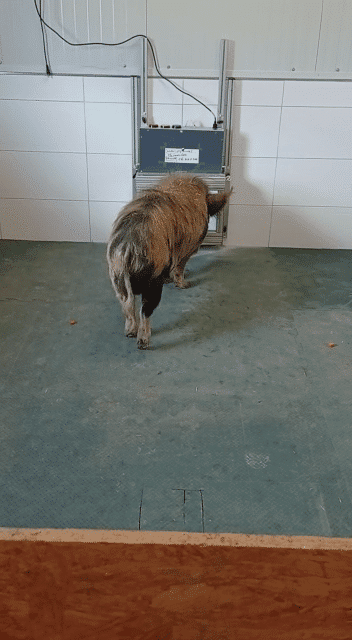