The touching story of our Susi

On the farms of Gut Aiderbichl, many pigs have found a home for life, and one can say that they have become balanced, stress-free animals. There are always stories between heaven and earth that take your breath away for a moment.

50 fattening pigs were housed on a farm in Upper Bavaria without official authorisation. For reasons that were not comprehensible, the veterinary office was not allowed to access for inspection purposes. After the pigs had been fattened, they were taken to the slaughterhouse....

The injured Susi remained behind lock and key

Susi's misfortune or luck - as you like - was that she was not fit for transport due to serious joint injuries and was left in the stable. The official order to have Susi examined was ignored by the farmer not only once. Susi lived behind closed stable doors and a drama was brewing.

The padlock to the barn was picked and a pig with no will to live looked out of sad little eyes.

Susi was lying in a corner of the stable, consumed with pain, and could only get up with difficulty. The vet diagnosed painful inflammation of the ankle joint and the tarsal joint. It was hardly possible to put any weight on her legs.

Susi was transported to another stable and drank a lot of water. In the locked stall, it must have been because she could not go to the water trough due to her pain. 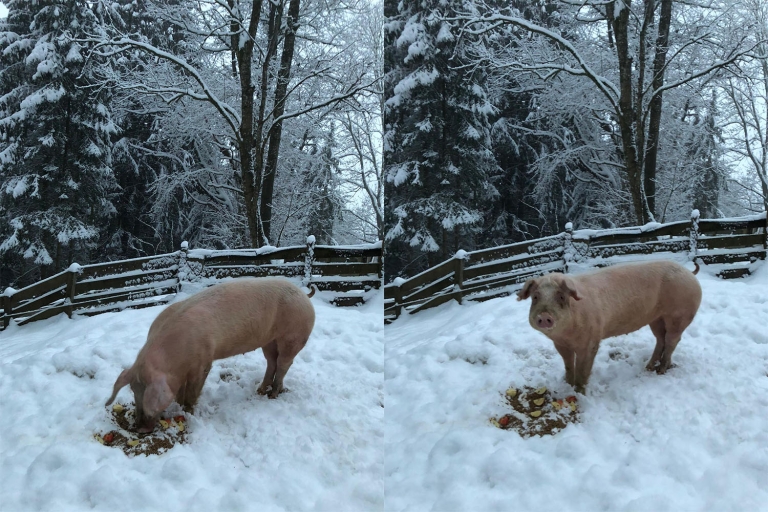 The vet and Susi fought together to keep her alive. The treatments did her sick joints good, only the tarsal joint was still very swollen. But things were looking up for Susi and after almost two weeks of treatment, food and water, Susi's will to live and her bright eyes returned.

After about three weeks, Susi asked "Oink, what was that?"

The doctors and Susi were all beaming: "We did it, she can walk well again!"

Of course, slaughter was not an issue for Susi's rescuers and so they set out to find a place for the recovered pig to stay for life.
The request was made to Gut Aiderbichl and Susi is now living a pretty good life until the natural end of her life.
Gut Aiderbichl Carinthia has become the new home of Susi, the former fattening pig. Markus and his team are doing everything they can to ensure that Susi no longer has to suffer any pain, always has enough water and food and a thick bed of straw. - All the best, Susi! 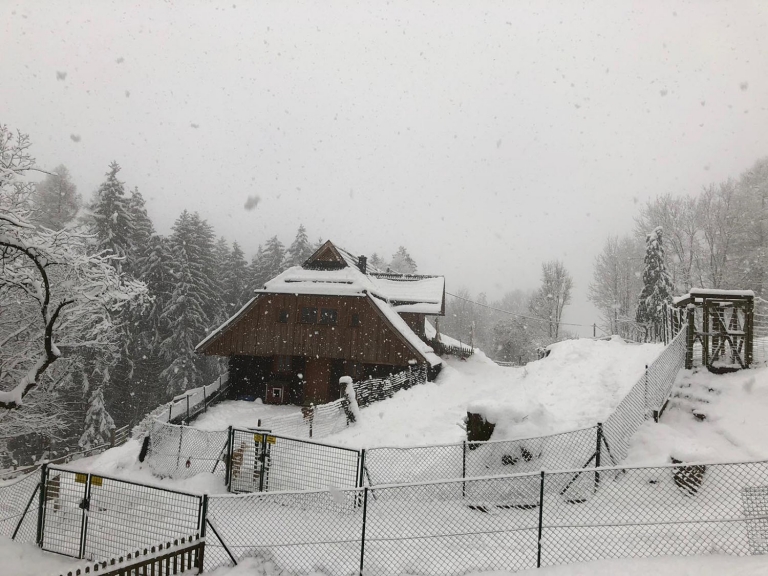 It is only thanks to your support, dear animal lovers, that we can help animals like Susi in great need and offer them a home until the natural end of their lives. Please continue to support us with a donation or a symbolic sponsorship. We thank you from the bottom of our hearts.

Susi, a former fattening pig, was left alone in the pen because she had injured, inflamed legs. So one less pig came to the slaughterhouse. The farmer left it back in the pen and locked the door... 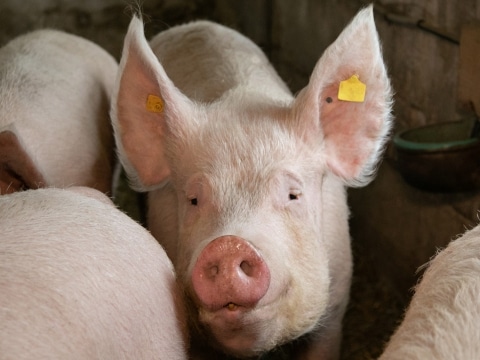 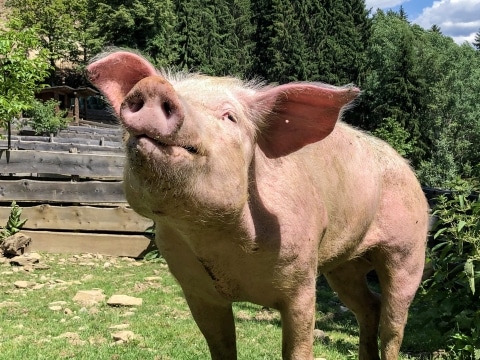 The domestic pig is the domesticated form of the wild boar and, in terms of stupidity or intelligence,...